Last year, I spent quite a bit of time debating whether or not to post an end-of-year list. On the one hand, I wanted to highlight the albums that stood out to me and to set aside a space for cheerleading the music that I love. On the other hand, EOY content can often seem competitive, pitting artists against each other and giving them a number ranking. So I came up with the idea of posting my “gems” from the year — a collection of albums that I loved, in no particular order.

This year, I’m continuing the tradition by posting my Gems of 2019. Like I mentioned, these are in no particular order, and I know that I won’t be able to cover every great album from the past year. I’ll be releasing a total of 4 posts, each containing 8 albums or EPs that I’ve loved from 2019. A new post will come out each Monday in December, accompanied by a podcast episode where I chat about each of the gems. You can use the player above to listen to the podcast episode, or find it on Podbean, Apple Podcasts, and Spotify.

If you’ve loved any of these albums from 2019 — or any others — be sure to let the artist know! There are so many ways to support bands, like telling a friend about their music, going to a show, buying their album on Bandcamp, or tagging them a tweet to let them know what their songs have meant to you!

Without further ado, here are my first eight Gems of 2019:

Queen of Jeans — If you’re not afraid, I’m not afraid 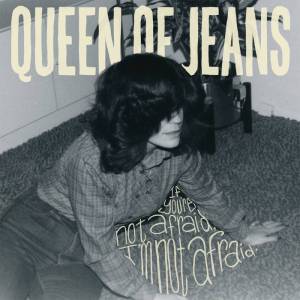 I discovered Queen of Jeans for the first time this year, and after listening to their album If you’re not afraid, I’m not afraid, I immediately knew that it would be one of my favorites from 2019. The album is the second full-length from the glittery, Philadelphia-based indie rock band. Bandleader Miri Devora opens up about personal grief and loss in a way that both acknowledges pain and soothes it. This album is full of one-liners that will continue to float through my head and that I’ll hum to myself well into the new year.

I don’t know if there’s a better phrase to sum up the anxiety and mental overstimulation that has clouded the 2010’s than “crying for fun.” Lunch Duchess open up about gender dynamics, sexual consent, and bodily autonomy throughout their debut album, confidently poking fun at heavy topics with their playful wit.

Sass write music the texture of a Jolly Rancher: bright and sugary but with a bite hard enough to take out a tooth. Chew Toy is the debut full-length album from the Minneapolis band. The album shows off singer and guitarist Stephanie Jo Murck’s playful songwriting, as she sings about breaking free from toxic relationships and the growing pains of your 20’s. 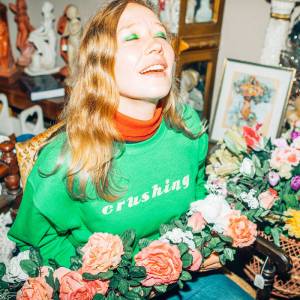 This album is devastating! It’ll stab you in the heart, and then gently patch you back together. Crushing is the second full-length album from Australian singer-songwriter Julia Jacklin, and easily her best work yet. The album outlines a messy and painful breakup through heartbreaking and hilariously relatable moments, like when friends urge Jacklin to “get back out there” in “Pressure to Party.” As much as Crushing is about a breakup, it’s also about Jacklin claiming autonomy over her own identity and learning to live inside of her body.

Rather than releasing 2019 all at once, Lucy Dacus sprinkled the EP’s songs throughout the year, coinciding with a different holiday — Valentine’s Day, Halloween, and of course, Bruce Springsteen’s birthday. Rather than playing up the clichés of holiday music, Dacus delivers nuanced songs that use our most beloved cultural celebrations to make astute observations about the milestones and relationships that shape our lives.

Pushflowers are based over a thousand miles from Minneapolis, in snowy Boston, but I was lucky enough to discover them through a local connection: the Minneapolis cassette tape label Forged Artifacts. After listening to their debut EP close for comfort, I was hooked on their unique blend of indie rock. Their sound is so dynamic in part because two of its members, Rocío del Mar and Justine DeFeo switch off on songwriting duties — plus, Rocío lends her background in acting and musical theater to deliver powerful vocal lines that soar above the band’s glittering guitars. 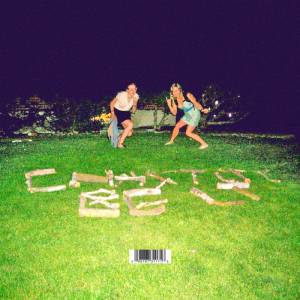 2019 graced us with not only a new album from Chastity Belt, but also the debut solo album from singer and guitarist Julia Shapiro, Perfect Vision. Both albums reflect Shapiro’s recent struggle with her mental health. The songs on Chastity Belt examine the exhaustion of Millennial burnout and the difficulty of separating Shapiro’s personal identity from her identity as an artist. But Shapiro’s bandmates drape a calm blanket over her stream-of-consciousness lyrics, creating an album that takes refuge in life’s small pleasures and finds strength in close-knit friendships.