Scrunchies may still be a relatively new band — the trio released their debut album less than a year ago — but the Minneapolis punk group hit the ground running with their first release, Stunner, an album brimming with unbridled energy and finesse.

Scrunchies released Stunner in June 2018, originally on cassette tape via Minneapolis label Forged Artifacts. After the first run of tapes sold out, the band is now re-releasing the album on vinyl, with a limited number of bubblegum pink vinyl available online.

Before they leave for tour, Scrunchies celebrated the Stunner vinyl release at Mortimer’s in Minneapolis with Ahem and Waveless.

Ahem kicked off the night with their upbeat bunker rock (not to be confused with garage rock — the band practices in a concrete bunker underneath drummer Alyse Emanuel’s house). The trio played a number of new songs, including the punchy “Halloween.” If I had to describe Ahem’s sound in one image, it would be foamy bubbles rising in a sugary, carbonated soda: kinetic, fun, and a tad nostalgic. (Although maybe my choice of imagery is influenced by the title “Bottle Rocket” off of their EP Just Wanna Be).

Ahem are label-mates with Scrunchies on Forged Artifacts, and guitarist/singer Erik Anderson dedicated a portion of his self-described “heartfelt banter” to Matt Linden, who runs the label. Anderson also told the crowd that when he moved to Minneapolis, he knew nothing about the local music scene. But with $25 in hand, he picked up Kitten Forever’s Pressure, along with tapes from Frankie Teardrop, Waveless, and a Forged Artifacts compilation album.

Waveless took the stage next, matching Ahem’s energetic volume, but twisting the tone into something more melancholic and meditative. Waveless combined grounded drum beats with effect-soaked vocals and a crunchy wash of bass and guitar. Feedback shrieked and howled, almost becoming a fourth band member, which each musician wrangled and responded to with their own instrumental additions.

Scrunchies started their set by nodding to the first two acts. “I’ve been seeing them since I was 18 — and I’m 22 now!” said drummer Danielle Cusack about Waveless. Scrunchies launched into songs from Stunner, including the bombastic single “Wichita.”

Scrunchies is Danielle Cusack (drums), Bree Meyer (bass), and Laura Larson (guitar/vocals). Each musician is a veteran of the local music scene; Cusack is a member of Bruise Violet and was in Tony Peachka before the group disbanded, Meyer plays in Double Grave, and Larson is in Kitten Forever.

Paired together as a trio, it’s clear that each musician has years of experience under her belt — the three aren’t fazed by loose microphone stands or malfunctioning guitar amps, and barreled seamlessly from one song into the next.

One of the incentives for Larson to start the group was to play guitar in a band again, after years of performing with guitar-less punk trio Kitten Forever. Scrunchies’ songwriting gives space for Larson to punch out both powerful barre chords and melodic riffs.

Throughout their set, each musician passed the baton to one another like a team in a relay race. One of Larson’s riffs might spark a similar melody in Meyer’s bass line, or a rattling drum fill from Cusack might sett off a call-and-response vocal exchange between her and Larson. They ran through the songs on Stunner in constant conversation, giving each member space to explore their own sound, before falling back in unison for an airtight chorus. 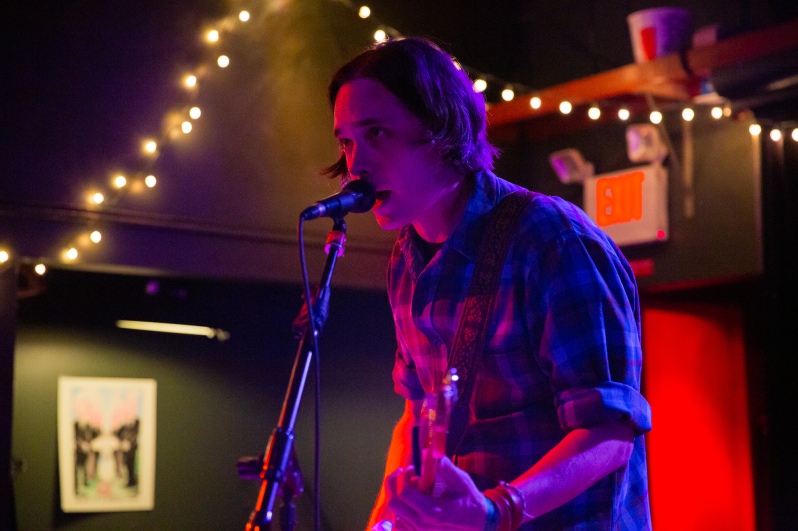 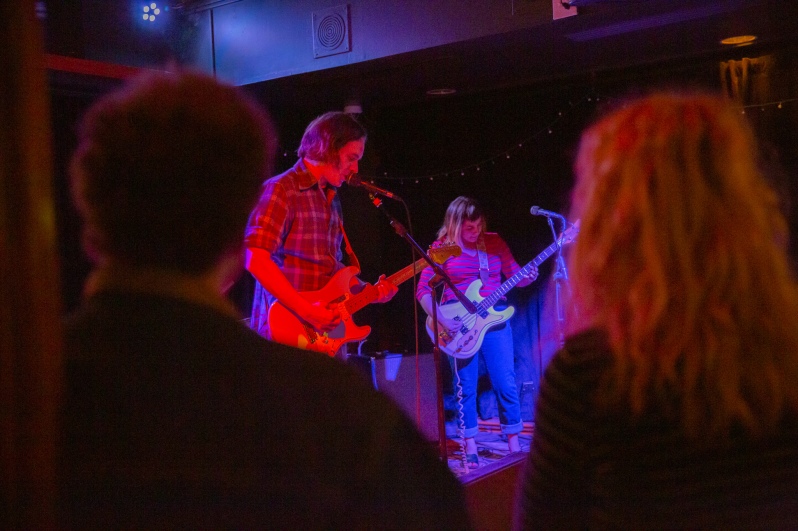 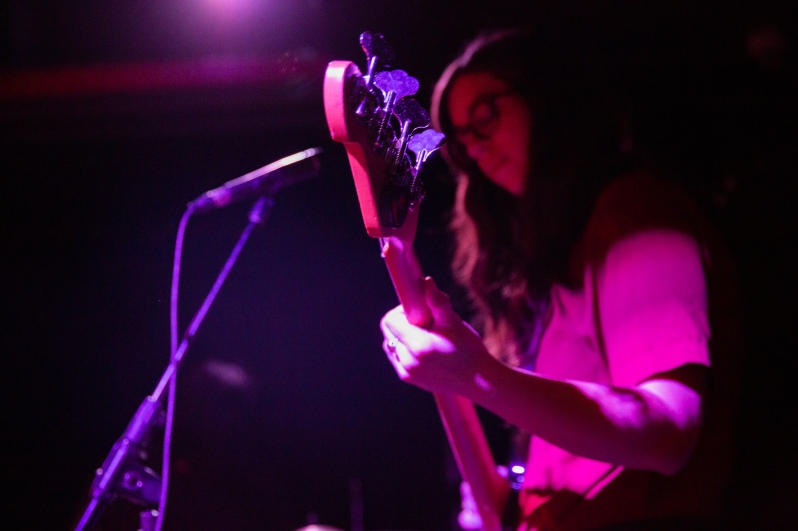 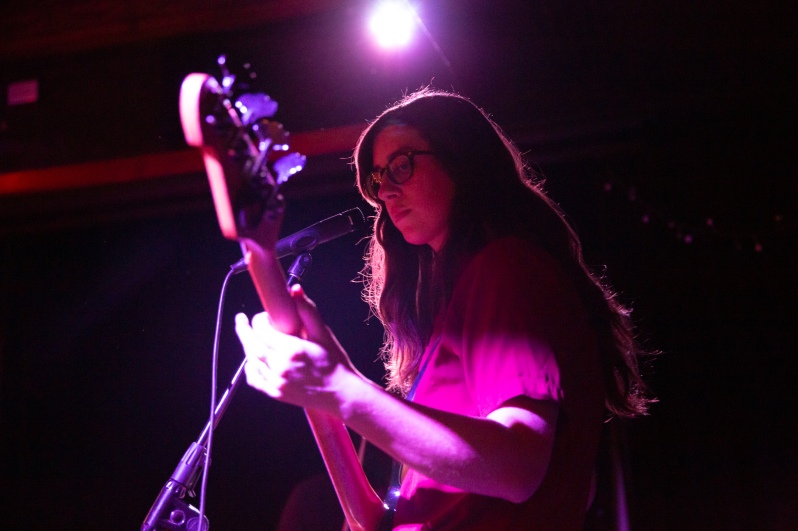 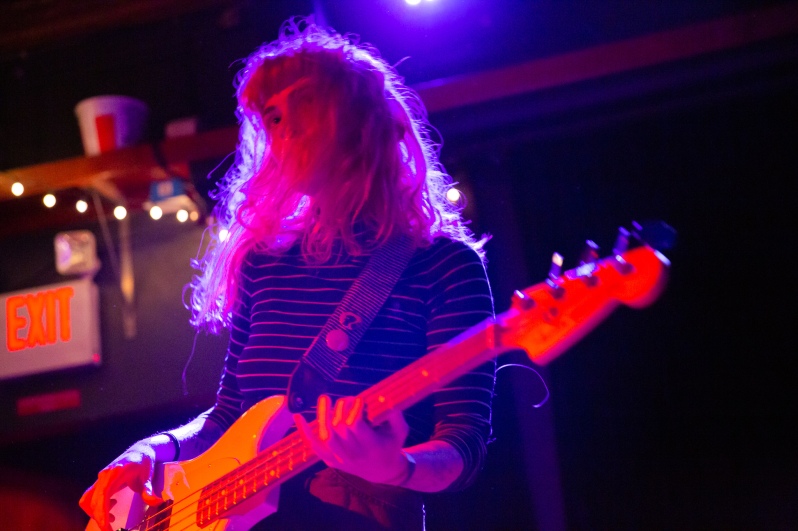 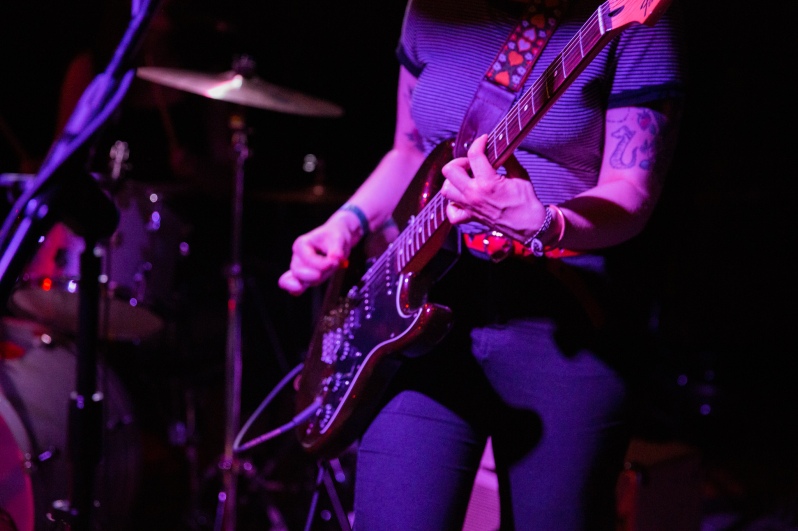