In the past few months, Dua Saleh has stepped foot on a dizzying number of stages: the Twin Cities-based musician visited Austin’s South by Southwest, MSP’s Soundset, and the COLORS studio, just to name a few. But last night, Dua Saleh brought their poetic lyrics and genre-defying beats to Minneapolis’ Icehouse to celebrate the vinyl release of their debut EP, Nūr.

Dua Saleh (who is non-binary and uses the pronouns they/them) was born in Sudan and grew up in St. Paul’s Rondo neighborhood. They spent their high school and college years writing and performing poetry. Dua soon began writing music as an extension of their poetry, and uploaded a handful of songs to Soundcloud, which caught the attention of Minneapolis producer Psymun (who has previously worked with Future, Juice WRLD, and The Weeknd). The two connected, and Psymun produced Dua’s debut EP, Nūr, released in January 2019.

Nūr means “the light” in Arabic, and the five-song EP showcases the artist’s versatility. From the pulsing metronomic beats of “Sugar Mama” to the slinky opening bass line in “Warm Pants,” Dua never stays in one place for too long. Last night, Dua kicked off the release of Nūr on vinyl. The vinyl subscription service Vinyl Me Please is releasing 500 limited edition copies of the EP, and Dua brought some local guests to help celebrate the occasion.

The night began with DJ sets from Yasmeenah and Su Na, who also releases music under his own name, Alec Ness. Yasmeenah also closed out the night with a DJ set. Psymun took the stage, hunched over a table of pads, dials, and switches that he used to stitch together samples and beats in real time. He got the crowd moving with a nod to the night’s headliner by sampling Dua Saleh’s “Warm Pants,” mixing the beat with vocals from Rihanna’s “Needed Me.”

Velvet Negroni, who appears on the Nūr track “Survival,” graced the stage with a number of new tracks including the hypnotic “Confetti,” which he released in May.

When Dua Saleh stepped onstage, the artist was immediately greeted by a roar of applause. They began their set with some audience participation, asking the crowd to sing along to an a capella song that gave a preview of the vocal dexterity that they would harness throughout the night.

Dua was joined onstage by a guitarist and bassist, and blended live instrumentation with prerecorded and triggered audio to bring to life songs from Nūr like “Sugar Mama” and “Kickflip,” as well as a number of new songs that they wrote in collaboration with Psymun.

Velvet Negroni came back onstage to join Dua for “Survival,” and the two shared a hug after the song. For as much press as Dua has received in recent months, they are eager to share the spotlight and hype up those around them. Dua shared few words with the crowd during their set, but paused repeatedly to thank their bandmates and collaborators.

The description that kept coming back to me as I watched Dua’s performance was “dream-like.” Maybe it was the clouds of dry ice that billowed from the stage, or the soft haze of violet lighting, but Dua’s songs seem to evoke a surreal quality. Rather than following a traditional narrative structure, Dua’s lyrics jump from place to place, using vignettes and vivid imagery to describe a scene or emotion.

Throughout their performance, Dua embodied their music, clawing at their stomach or clutching their head as if to pull the words from inside their body. Their voice grew from soft melismas to deep growls, taking on a range of emotional as well as technical qualities. The crowd at Icehouse caught a glimpse of an artist at the beginning of their career, starting to harness their multi-faceted artistic perspective into something new and truly magical. 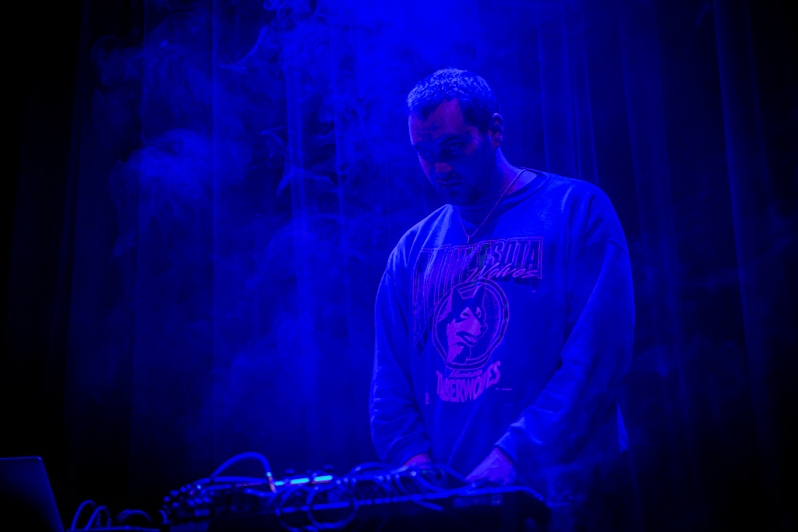 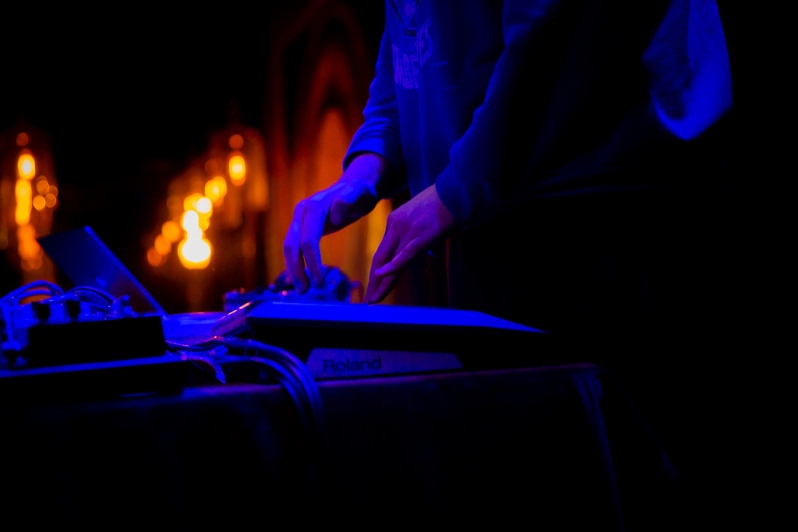 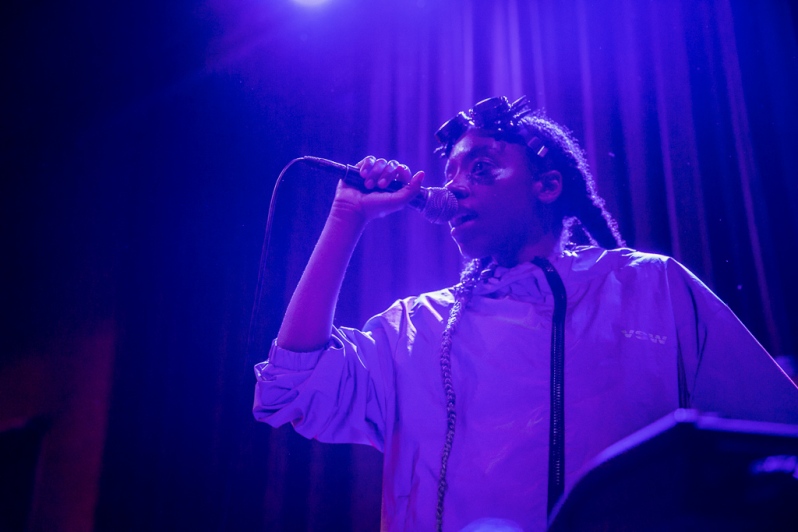 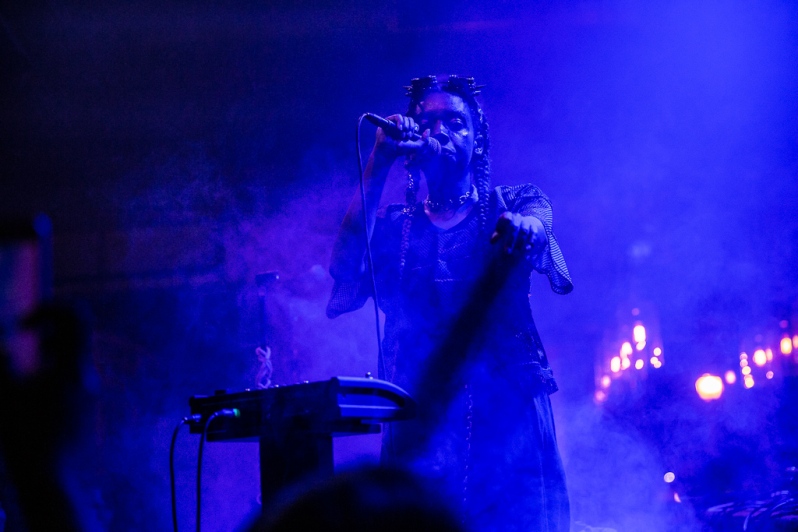