Last Import may have just released their debut album, but the trio is already becoming a well-known name in the Twin Cities music scene. They’ve played at First Avenue’s Mainroom, the Palace Theatre, and opened for Foster the People, but on Friday night they brought their fiery energy to the smaller space of 7th St Entry for a sold-out show.

Bassist Grace Baldwin, drummer Jane Halldorson, and singer/guitarist Emily Bjorke met as campers at Girls Rock n’ Roll Retreat, a week-long music camp for girls and nonbinary kids run by local nonprofit She Rock She Rock. After camp ended, the three continued to play music together and honed their sound, combining their love of surf-rock guitar licks and raw punk energy. Last Import released their first studio EP, Songs for Adam, in January of 2018. Their debut full-length album, Last Import, came out earlier on Friday, and the crowd was eager to hear some of the album’s new songs and sing along to old favorites.

Last Import was joined by openers the Aftergreens (who earned their opening slot by winning a Battle of the Bands that Last Import hosted just two weeks earlier), Karate Chop Silence, and John Chuck and the Class. Each of the openers got the crowd moving, but by the time the Entry’s crew started setting up for Last Import, the audience erupted in cheers and began chanting for the band.

The trio played to the crowd’s excitement, entering the stage one by one to the backdrop of 2001 A Space Oddysey (perhaps a nod to some of the interstellar themes on their album?). After greeting the audience with waves and smiles, they began their set with their album’s first song, the dreamy “Lunar Rhapsody.”

After the soft lull of “Lunar Rhapsody,” Last Import picked up the energy, which never faltered for the remainder of the night. The band had the crowd bobbing their heads to “(Fast Times At) Space Mountain” and moshing during “Money.”

Before starting “One A Day,” the band handed party poppers and confetti-filled bottles of champagne to the audience. Cascades of confetti filled the air, settling in a rainbow-hued blanket that covered the stage.

Rather than having just one high-energy song in their set, Last Import maintained the celebratory excitement of “One A Day” throughout their entire performance. Bjorke lied on the Entry’s stage, completely immersed in a searing guitar solo. Baldwin sat down on her side of the stage, taking a breather from throwing the weight of her body into each puck on her bass. Halldorson pounded unrelentingly on the drum kit, her face beaming with the joy of losing herself in each song.

Last Import nodded to some of their musical inspirations with covers of the Flaming Lips’ “Yoshimi Battles the Pink Robots, Pt. 1” and Cage the Elephant’s “Aberdeen,” showing the range of influences that they pull from. While they grew up listening to the modern rock of the Arctic Monkeys and Sum 41, they are also avid fans of Brian Wilson, and attest that they eat from a jar of Jim Morrison’s grave dirt before each performance.

The band ended their set with the song “Dial Tone,” a new track from their debut album. “Please dance,” said Bjorke. “Prince would want you to.” The audience happily obliged, swaying their bodies to the beat.

If you have the chance to see Last Import live, I wouldn’t pass up on it — but until their next show I’ll be in my room, headphones on, bobbing around to a masterful and infectious debut album. 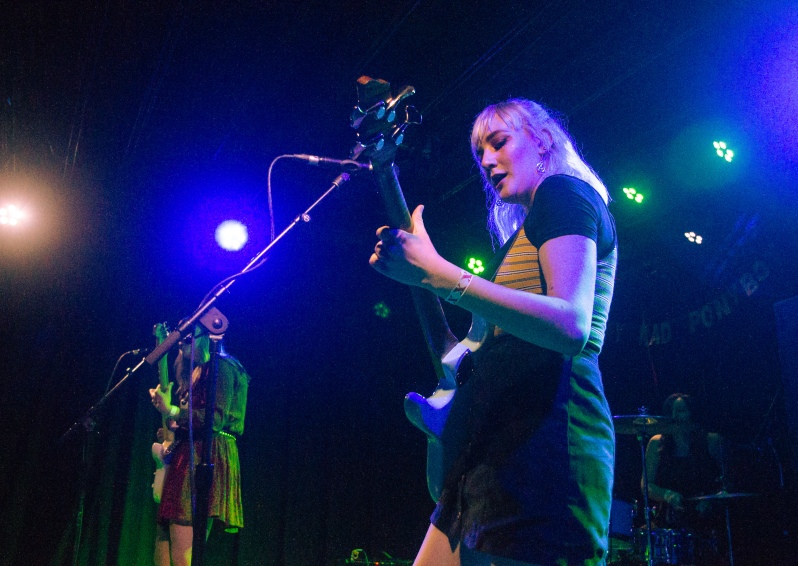