‘Tis the season! As 2018 winds to a close, the internet is in full end-of-year frenzy. While I enjoy digging through EOY lists, they can earn a bad name for creating a hierarchy of artists and turning new releases into a competition. After debating whether or not to create my own list, I decided to share some of my favorite albums of the past year. These are in no particular order; they are all personal “gems” from 2018 — albums that I blasted through my headphones on repeat or lodged themselves in my brain.

I sorted through my favorite finds of the year and organized into three sections to keep things a bit more manageable — so keep your eyes out for parts 2 and 3.

Hands-down one of my most-played albums of 2018. Kali Uchis showcases her versatility on her sophomore full-length, pulling from R&B to funk and reggaetón. The soundtrack to dismantling unequal power structures while shaking your hips at the same time. 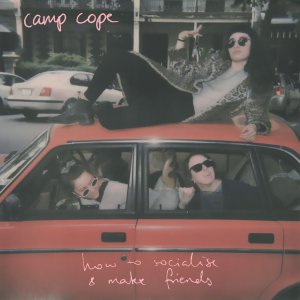 Camp Cope are never shy about advocating for the causes that are important to them and fighting injustices in their communities. The Melbourne trio tackle condescending music scene men and physical and mental health struggles in their second album, How to Socialise & Make Friends.

Not so Brave — Gully Boys

The debut album from Minneapolis trio Gully Boys is scattered with fiercely strum rhythm guitar, catchy bass hooks, and growling vocals. The three musicians picked up their instruments for the first time two years ago, and are already blazing through the Twin Cities music scene with their unbridled energy.

I Need to Start a Garden — Haley Heynderickx 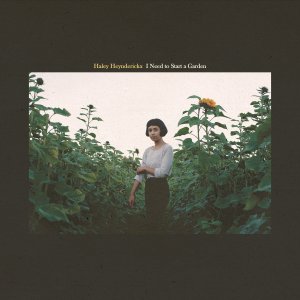 This album flows from electric to nylon guitar to trombone without skipping a beat. Heynderickx wields her voice purposefully, transitioning from soft and quavered lines to the unhinged wail of “I need to start a garden!” Her carefully-crafted lyrics transform everyday objects like sour milk and old olives into pointed poetry.

Like many listeners, I was introduced to Kacey Musgraves through Golden Hour. This album showcases just why it’s so exciting to be a music fan in 2018: artists defying the traditional confines of genre, pushing the boundaries of pop, and writing head-bobbing anthems with banjo and pounding bass drum side-by-side. 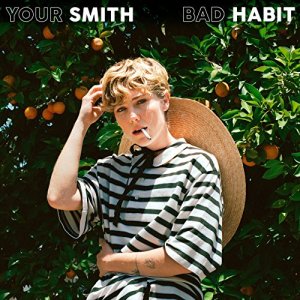 Bad Habit is the LA via Minneapolis singer-songwriter’s first EP since deciding to release music under the name Your Smith (formerly Caroline Smith). Along with the name change, Smith debuts a collection of groovable, R&B infused pop songs.

It’s hard to talk about the album/emotion picture Dirty Computer without repeating the myriad of praises that have already been sung for Janelle Monáe, so I’ll try to keep it brief. This album paints a reflective and nuanced picture of America in 2018. It draws on Monáe’s personal experiences and identity. It resists the status quo and embraces the individual. It is brave and it is compassionate, and it inspires us to be the same.

Stella Donnelly titled her debut EP Thrush Metal as a joke, and decided to adorn the cover with a mouthful of noodles because she didn’t think that many people would ever see it. Despite not expecting to reach a large audience, the 25 year-old Perth native earned a spot at this year’s SXSW, catapulting her music to a global audience. Often performing with just her voice and a guitar, Donnelly’s sweet but sharp pop songs call out sexual violence and controlling bosses with the nonchalance of an eye roll or a shrug of the shoulders.