Gully Boys packed 7th Street Entry on Sunday night for a celebration of the release of their debut full-length album, Not So Brave. Kathy Callahan, Nadirah McGill, and Natalie Klemond recorded the album at Pachyderm Studio in Cannon Falls, MN, whose halls have been graced by grunge and punk greats such as Nirvana, PJ Harvey, and Babes in Toyland. Sunday night was also the first show of Gully Boys’ August tour, which will take them across the Midwest and South.

Sass opened the night with an energetic set of grunge-tinged pop songs. Sass is based in Minneapolis and combines singer/guitarist Stephanie Jo Murck’s emotionally vulnerable and defiant songwriting with growling, fuzzy instrumentals. The band played a number of new songs, which Murck announced might appear on an upcoming vinyl release.

Local punks niiice. were up next. “Do not touch anyone who doesn’t want to be f—ing touched,” guitarist/vocalist Roddie Gadeberg said before the band launched into their opening song. Their set incorporated the energy of a basement show, guitar shredding of a pop punk concert, and expansive songwriting of a prog rock showcase. By the middle of their set, 7th St Entry was packed with bodies, and a mosh pit broke out during two of the band’s songs.

Beasthead brought a new energy to the stage with the addition of electronically programmed instrumentals and vocals layered with effects. Their set built upon repeated riffs and chord progressions, creating an almost trance-like effect that was cut through by distorted, impassioned vocal melodies.

The crowd at 7th St Entry was well-prepared for Gully Boys’ set. Many audience members sported Gully Boy t-shirts, which were designed by bassist Natalie Klemond. The audience filled the sweaty club with the air of a family reunion or living-room hangout. “These are my brothers,” said drummer Nadirah McGill, introducing her two bandmates Natalie Klemond and Kathy Callahan. McGill also pointed out that her grandmother and 17 year-old sister were in the crowd.

Gully Boys kept things simple by playing through their entire album, Not So Brave in order, kicking things off (somewhat ironically) with the track “I Wanna Go Home!” The trio blazed through song after song, and after finishing their set the audience demanded an encore. Gully Boys returned on stage with the song “TV Window,” which was included in their debut self-titled EP, but didn’t make it onto the full-length record.

You can listen to Gully Boys’ album, Not So Brave, on Bandcamp. 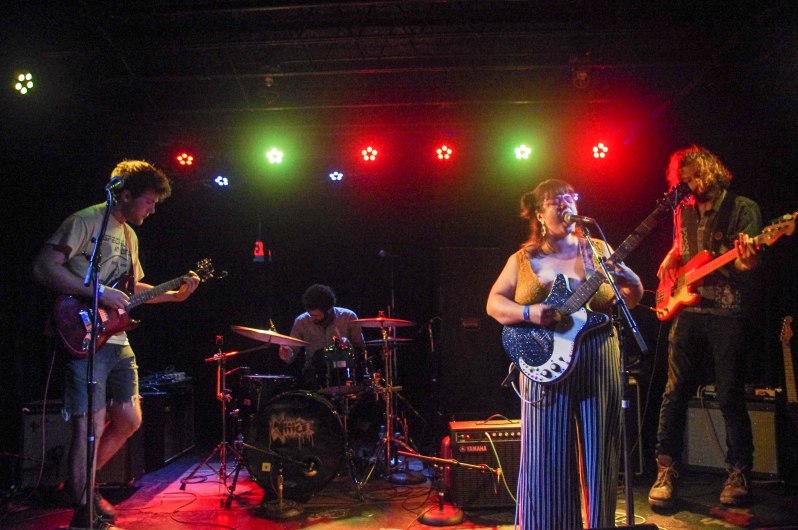 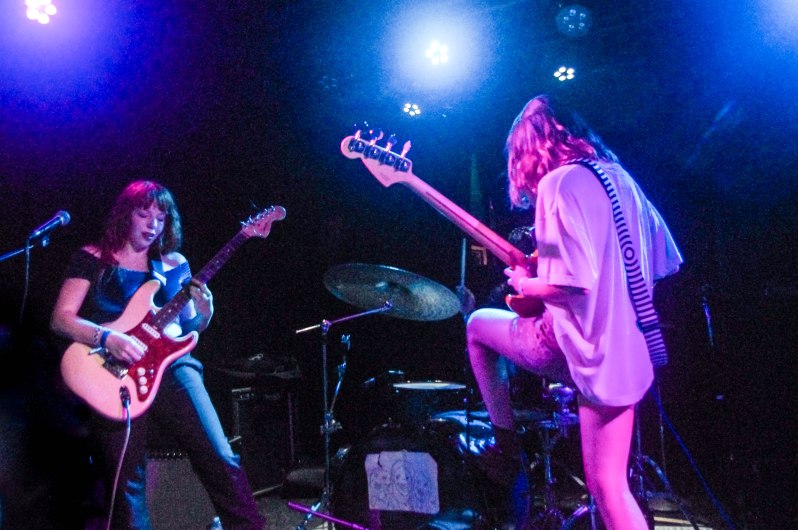 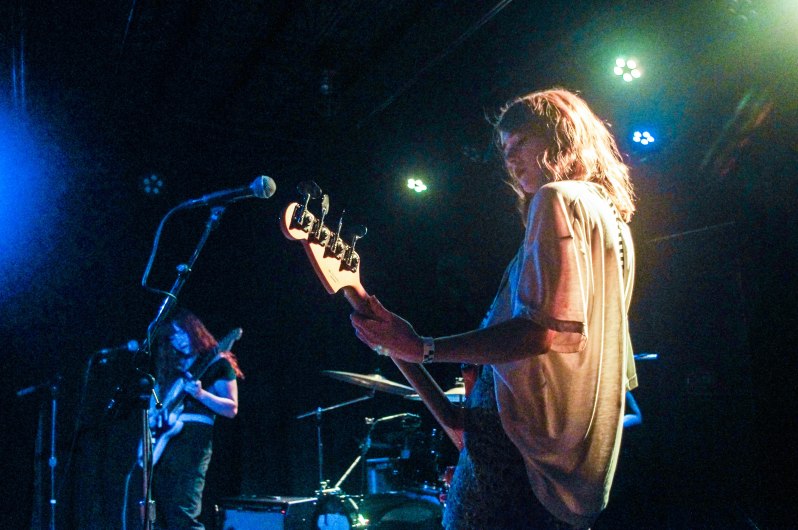